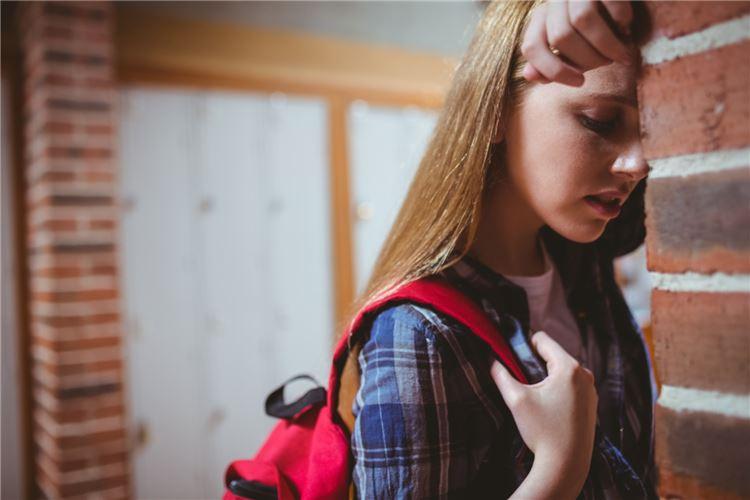 Anxiety in Children and Teens Part I

Anxiety is the most common and prevalent mental health issue that adults, teens and children experience. The good news is that it is a very treatable problem, with high levels of success in overcoming it. Since everyone experiences anxiety at times, understanding the difference between “normal” anxious feelings and how that differs from the continuum of the disorder of anxiety is important. In the next few columns, I will address what anxiety looks like in its different forms, when it qualifies as a “disorder,” the signs and symptoms and the different coping strategies.

As stated, everyone experiences some forms of anxiety at some times in their lives. It is a sense of worry, fear, nervousness and/or concern. The anxiety cycle is part of our survival mechanism. In the classical fight or flight response, which has been with us since man walked the earth, a threat is perceived (like a tiger in the jungle) and the body goes into automatic survival response, including heart pumping, blood racing to the interior, sweating, muscle tensing—all designed to prepare the body to deal with the stress, that is fight, or flee. When the threat (the tiger) is gone, the body comes back to normal. Without this autonomic ability, we would not have survived. However, as our brains developed, we have come to a place where we do not need an actual threat, but can create one in our mind. We worry, anticipate and catastrophize, all without an actual threat. Our bodies go through the fight or flight response.

What we go through, and what our children go through, is what I call a case of the “what ifs”….what if I am not popular enough, not pretty enough, not smart enough….what if I fail the exam, don’t make the team, don’t get into college, get bullied, and so on. The list is infinite and endless. The result is that we perceive a threat, our bodies react, we become aware of our physical symptoms, they concern us, which leads to deepening of the perception that something is wrong and we spiral down the tunnel of anxiety.

Anxiety can be mild, moderate or intense. Some anxiety may even be beneficial, and help one prepare properly for a task by making us feel prepared, alert, focused and ready to take on a problem. When anxiety becomes too overwhelming and powerful, it interferes with our ability to perform and do our best, and in its most intense form, becomes paralyzing and disabling. When feelings and thoughts of anxiety become so overwhelming that they become obsessive and prevent us from achieving things or when we find relief in avoidance of important things, we can consider the problem more serious and begin to look at anxiety disorders. The common thread to these is that the anxiety occurs too often, is too intense, is out of proportion to the reality of the situation and impacts daily activities and feeling of well-being. There are six main types of anxiety disorders classified by the American Psychological Association:

Generalized Anxiety Disorder: With this common disorder, people worry constantly and chronically about many things. Children can worry about family, school, health, social media, the future, etc. They always think of the worst that could happen, what we call catastrophizing. Generalized anxiety is often accompanied by physical symptoms, including headaches, stomach aches, pain and nausea, and can lead children to avoid activities or even not go to school.

Obsessive-Compulsive Disorder (OCD): This anxiety is one in which a person has unwanted thoughts or images (obsessions) which they attempt to cope with by performing repetitive or ritualized actions (compulsions). An example would be that one feared germs were everywhere (obsessive thought) which would lead to ritual cleaning and handwashing (compulsions).

Phobias: Phobias are intense fears of things which are either not dangerous, or the level of fear is much over exaggerated compared to the threat. Common phobias are fears of heights, animals, flying and public speaking. Reactions and coping mechanisms usually involve avoidance of the perceived threat.

Social Anxiety Disorder: This is more than casual shyness, and involves intense fear over social interactions. The results are withdrawal, isolation, lack of involvement in activities and constant fear of being judged.

Panic Attacks: These are among the most disabling forms of anxiety. A person experiences a sudden terror, which can include severe physical symptoms and intense fears of passing out, dying or “going crazy.” The coping mechanism is fleeing from the situation, which provides some measure of relief, but actually increases the strength of the phobia.

Post-Traumatic Stress Disorder (PTSD): This anxiety is the result of a traumatic and terrifying past experiences, resulting in continual replay of the event, nightmares, flashbacks and a sense of dread and fear.

The common thread with anxiety disorders is the anxiety is a result of thinking. Thoughts can become unrealistic, and tend towards all or none, black-white thinking. The thinking leads to feelings of anxiety and fear and can cause physical symptoms which are experienced as fearful and anxious, which then intensifies the cycle of thinking.

Those suffering from anxiety are hesitant to let anyone know, as they fear being judged or misunderstood. Often when they do share their concerns, they are minimized by others who perceive them as unrealistic fears or common concerns that should not produce so much distress. This intensifies the anxiety. In the next column, we’ll look at the cause of anxiety and how to recognize it in your children.