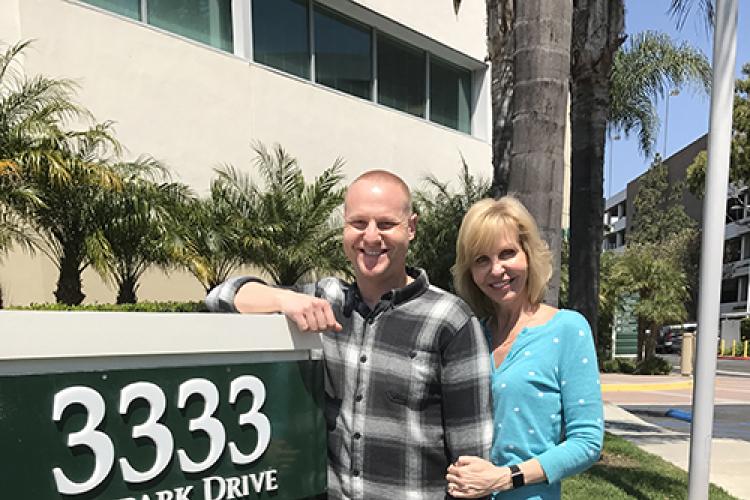 A Story of Recovery From Opioid Abuse

A Mother’s Story of her Son’s Recovery

Ten years ago, a friend of my son came to me and told me that my son had a problem with drugs. I was shocked. He was 21 years old, working on his Bachelor’s Degree in Kineseotherapy, had a lovely girlfriend, a steady job, and had his own apartment. We had a family meeting and my son agreed to move home and get help. Well now what? I didn’t know how to get him the help I promised. I knew nothing about addiction. I had never known any addicts or alcoholics. I didn’t have a clue where to start. Not to mention I was heartbroken and scared. I kept asking myself where I went wrong. I just knew it was my fault.

I turned to the internet, and found Thelma McMillen. My son was able to have a free consult the very next day, and started treatment immediately. I started attending family groups. When I learned the extent of his addiction, my life became a constant state of fear and worry. I became obsessed with where he was, who he was talking to and what he was doing. My prayers for my son changed from “Please let him have a wonderful career, family home, etc.” to “Please let him live another day.” I wrestled with the guilt of how I had failed as a parent and became determined to make it up to him. I attended the family groups for the sole purpose of helping my son, but what I found was help for myself. I couldn’t believe that other family members were feeling the same things that I was feeling. It was such a relief to not feel alone in my pain. I learned that everything I thought I was doing to help him was in fact aiding and abetting his addiction. I learned that this is a family disease and we all needed to get healthy.

It took many years for my son to get sober. I attended Al-anon and worked my own recovery. I thank God every day that he has made it through this journey. Flash forward to today: I have been working here at Thelma for over eight years as the Intake Specialist, and am very proud to say that my son now works along with me here as a counselor. Every day I look at him and think miracles do happen.

I began doing drugs and drinking, casually, in high school. Whether natured or nurtured, I fast acquired a taste for opioids. The summer before college, I broke my back in three places and collapsed one of lungs dirt biking and was diagnosed with OCD (primarily) and ADD. This chain of events would set in motion a rollercoaster of prescription (and, in turn, nonprescription) opioid and amphetamine abuse.

If I remember correctly, I was 21 years old when two of my best friends took it upon themselves to let my mom know I was having a hard time with drugs. At the time, I hated them for ratting me out but, little did I know, they paid a high price, my friendship, to save my life. An intervention followed suit. To say I was in denial is an understatement but, I was well aware I couldn’t/wouldn’t knock it off left to my own devices. I was a functioning addict but, an addict nonetheless. I was going to school to be a Physical Therapist, working in the field and living in a studio apartment and my high school sweetheart and I were going strong. Be that as it may, I swallowed my pride, moved in with my mom and went to rehab.

Enter the Thelma McMillen Center. By the time the fog lifted, I was off and running on the road to recovery. My road, however, was a far cry from straight forward. My road was littered with twists and turns and high peaks and low valleys. At the bottom of my lowest valley, my rock-bottom, I lost my grad school, my job and, worst of all, my high school sweetheart. No matter how far my fall from grace, Thelma was there, not to kick me when I was down but, rather, to pick me up and help get me back on my feet. Both a stepping stone up to a higher level of care and, later, down to the real world, Thelma never wavered.

By no means have I arrived. I will, hopefully, be a work in progress ‘til the day I die as a recovering addict, a counselor and, most importantly, a human being. Working at Thelma for the last year or two with the people I leaned (and lean, for that matter,) so heavily on, my mom specifically, is humbling to say the least.