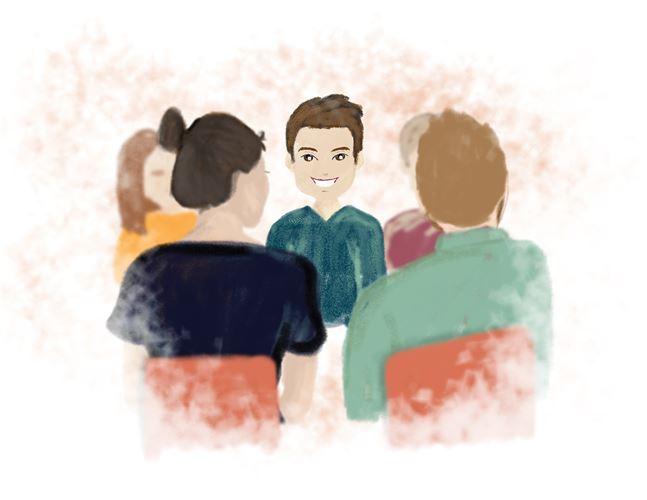 Fourteen years ago Karl McMillen donated $5.3 million, allowing Torrance Memorial to create the Thelma McMillen Center for Alcohol and Drug Treatment, an expansion of the hospital’s chemical dependency treatment program, named after his late wife, Thelma. At his insistence, the Center expanded services and added an adoles- cent program, going from a staff of six to a staff of 25.

From personal tragedy, McMillen and his wife became dedicated to helping others, especially teens, fight ad- diction. The McMillens had two sons, Mark and Chris. Their oldest son, Mark, died from a drug overdose in 1986. Their youngest son, Chris, also struggled with long-term addiction problems. Chris was on his way to beating his addiction but died from cancer in 2010. McMillen, who has been sober for more than 20 years, has dedicated his life to assisting families caught up in the devastating and hard-to-treat disease of addiction.

McMillen also authored the book Triumphs and Tragedies: A True Story of Wealth and Addiction, chronicling just how difficult it was for his family to spot, treat and help his sons in the 1980s, when there were few treatment centers or resources for fighting addiction. The tragedies the McMillens endured are ones no family ever wants to go through—and are the powerful inspiration and guiding force behind the Thelma McMillen Center for Alcohol and Drug Treatment.

For more than 25 years, Torrance Memorial Medical Center’s Thelma McMillen Center has been helping South Bay adults, teens and their families overcome the patterns of alcohol and drug abuse and addiction. The Teen Outpatient Program is designed for adolescents, ages 13-17, and their families, with the goal of allowing the teen to stay in school and become sober within their community. It is the preferred treatment of choice in cases where the adolescent needs an intensive and structured program for recovery, but not inpatient care. Outpatient treatment has long been recognized as an effective method for treating addiction because teens can get clean and sober in their real world. The program is recognized for its success and is covered by most insurance plans.

The program is a six-month, three-stage outpatient program that addresses the needs of both substance-abusing and dependent individuals and their families. It provides a wide variety of support and therapy options, including teen group therapy, parent support groups, teen peer support groups, and individual, family and multi-family therapy groups.

A variety of unique resources are available during the treatment and recover process, including: