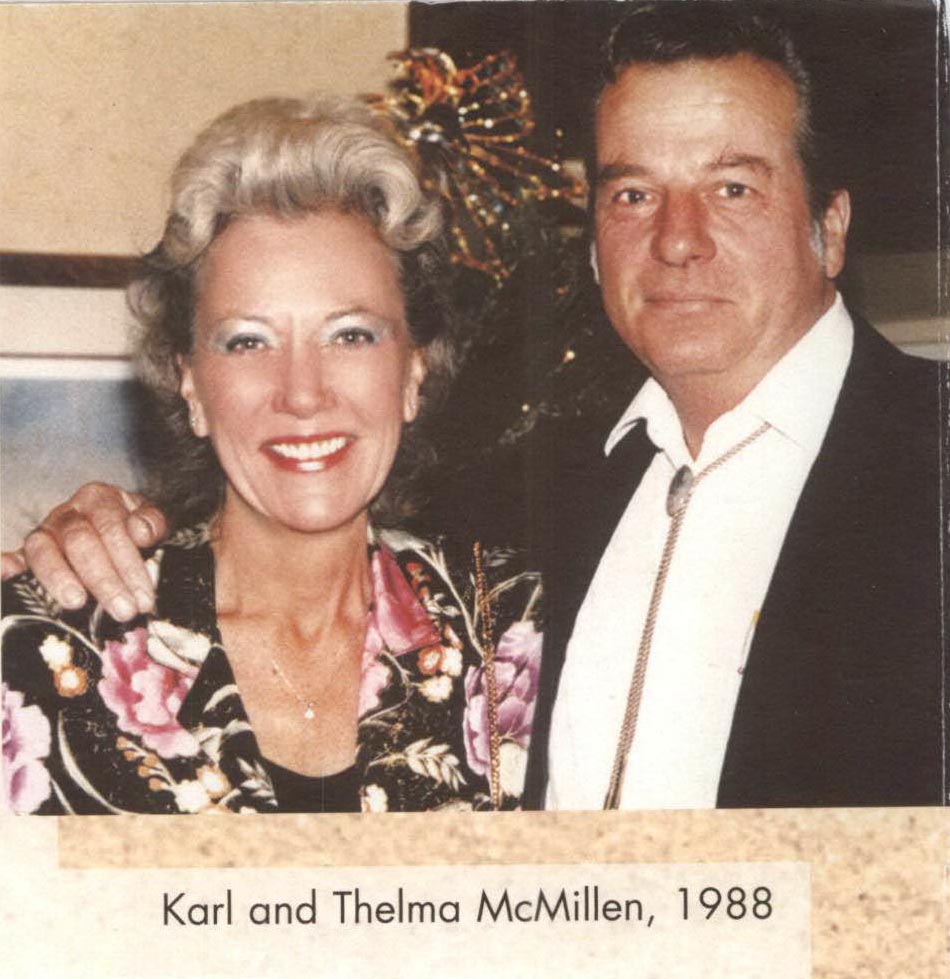 Since 1990, Thelma McMillen Center for Alcohol & Drug Treatment has been dedicated to helping South Bay residents successfully overcome the pattern of substance use, abuse and addiction. Dr. Moe Gelbart, PhD, the center's Executive Director since its inception, believes in the importance of "treating the whole person, not just the addiction," and has personally seen the program make lasting changes in the lives of more than 4,000 clients.

In 2003, the center received a gift of $5.3 million from Karl McMillen to expand its well-established services and house the program in a free-standing, state-of-the-art outpatient facility, now known as the Thelma McMillen Recovery Center – named after Karl’s devoted late wife of 48 years.

From personal tragedy, Karl McMillen and his wife Thelma became dedicated to helping others, especially teens fighting addiction. The McMillen’s had two sons, Mark and Chris. Their oldest son, Mark, died from a drug overdose in 1986. Their youngest son, Chris, also struggled with long-term addiction problems. Chris was on his way to beating his addiction but died from cancer in 2010. Karl, who has been sober for more than 20 years, has dedicated his life to assisting families caught up in the devastating and hard-to-treat disease of addiction.

Karl McMillen, along with his present wife Carol, continue to support the expansion of a vitally important service to the South Bay community. In 2008, Carol and Karl decided they wanted to support additional organizations dedicated to helping people affected by substance abuse and created the McMillen Family Foundation.

Today, the McMillen Family Foundation has donated more than $25 million to their grantees for this cause, Karl’s philanthropy is far-reaching and touches many lives and organizations in Southern California. The center and its staff of professionals remain committed to their two-fold mission of providing the most effective care with compassion and respect for the individual needs of every client, and being the resource for all things related to substance use, abuse and addiction treatment.